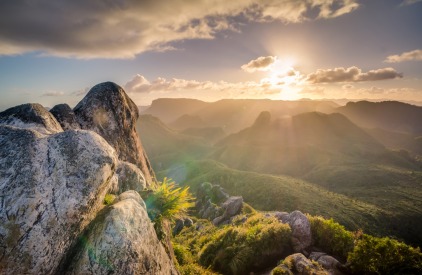 And as all good things must come to an end, there is one full day left in 2016. This year has had its ups and downs, as every year always does, but looking back at the past twelve months, there have been some really fantastic moments. Sure, maybe there were some curveballs thrown in there, from Harambe to the election, yet we made it out the other side. So before that ball drops on Saturday night, I invite you to take a little stroll down memory lane and remember exactly why 2016 has mattered so much.

Though not everyone was too happy with the way things have gone this year, I think it’s important to take a moment to look back and appreciate the fact that we are here and we have made it through another year of our lives. Because some people got the chance to make it this far. This has been by far one of the biggest years of my life for several different reasons: I made it to the Masters track meet in May for the fourth time in a row, despite tearing my hamstring in April, I found a wonderful group of best friends, I graduated high school, I finished my first quarter at Cal Poly, and I published my first book (hopefully, of many more to come). I would be lying if I said that this hasn’t been a life-changing year for me and so many others around me. That isn’t to say that it has all been great, I am still trying to adjust to college and conquer w 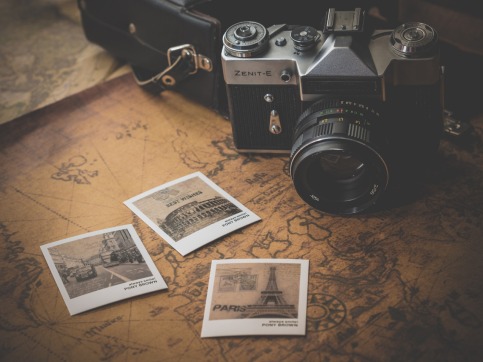 riter’s block in the process to continue my next book. There have been a lot of headlining events throughout the year, from Black Lives Matter campaigns to yet another mass shooting in Orlando, but we’re still going. Like it or not, it’s time to get ready to end this year with everything we’ve got left and begin again.

There’s this phrase that people like to say and the beginning of each year, accompanied by a smile and a water bottle for the gym: “New year, new me!” I understand the concept behind it, yet somehow it falls short of representing the idea behind new beginnings and new chances. It isn’t a new you— it is simply a you who wants to be better than who you were last year. That is something I think that we sometimes fail to remember… The goal doesn’t have to be starting over from scratch, it is to build upon who we already are to become the better version of ourselves that we want to see. We are all in different places in our lives whether it is professionally, personally, or somewhere in between. But all I can say to myself when I know that this year, I want to find the best parts of myself and improve upon them, is this: Start from where you are, baby step by baby step. You know where you are going and where you want to be, just take that first step and go from there. That’s all we can ever really ask from ourselves.

As 2016 winds down to a close, I can’t help but remember that even though there were a lot of big moments and accomplishment

s that happened this year, I’m taking so much more with me into 2017— I’m taking the people they all happened with. No matter what has happened this year, or the goals you failed to reach, I hope that you hold onto the people that were by your side through it all. Let them be family, or friends, roommates, or even a soulmate. Whatever you take with you into 2017 and what you leave behind, make sure that by your side is someone who matters to you. Because even though I’m preparing for my future, through education and careful planning, I don’t think anything in my plans will matter if I don’t have anyone to share it with. In the end, the people who are there for these moments, the companionship, that’s what counts. And one way or another, just know that there is always someone else who wants to be a part of your story too.

So whether this last year was full of great, beautiful, average, dismal moments, or all of the above, make sure that the last few we’ve got left count for something. It really is important to remember that we only have one life to live and we cannot always say that we will begin change tomorrow, for what if tomorrow never comes? All of our lives matter in all that we do, every single one of us has an impact of the lives around us. So here’s to making that change in 2017 something so much bigger and better than we ever thought it could be. And thank you for taking this journey with me, following and reading my posts every week, it means the world to me. I cannot wait to show you what I’ve got in store for this next year, it’s going to be a good one.