A week ago, I was getting ready to take part in one of Cal Poly’s best events all year: PolyCultural Weekend. As a weekend for cultural clubs to invite prospective students to stay with us and spend the weekend on campus, learning about the culture and diversity we do have to offer as a school, it was incredible.

This year, not only did I get to host for the first time with two wonderful hostees, but I also got to participate in the dance performance for the Black Student Union; if I may say so myself, it was fantastic. So many people put months, even a year of work into this one weekend, and it went off without a hitch.

Or at least it would have.

All three days held so much spirit and energy and pride for the homes all of us have found at Cal Poly through our cultural organizations, last weekend I felt secure in telling my hostees and so many others that they would be safe here— Cal Poly can be a home for them.

Before my hostees even walked off this campus, I was proven wrong.

Too many times this week have I heard: there is a time and place for everything… In spite of the news stories like the New York Times or the Washington Post, Cal Poly has added quite a bit to its reputation just this week regarding just what kind of place it is. 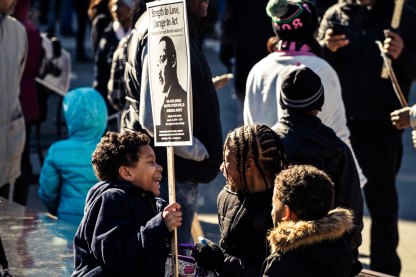 including that of a “gangster” or a “cholo”, I have a hard time supporting a University that will not support its students of color. Did you know that this school was ranked top 7 in worst institutions for “in fostering Latino student success.” That statement is an excuse to brush off clear racism, to avoid the discomfort of acknowledging the struggle minority students go through, especially at a place like Cal Poly.

If there is one thing I know, it is that every minority here has felt the eyes of our peers this week and the lack of diversity has never been more obvious. Instances like this only turn more attention toward us and there is nothing we can do but take it and try to make it into something more productive. Yet some of us have kept our heads down all week, ashamed of our campus or the attention, and more importantly, insecure in the skin we carry ourselves in because of we know people use it as an excuse to be inhumane.

During an emergency Town Hall Meeting on Monday night, I sat in a room filled with both people of color and caucasian allies that were all there for the same reasons— to speak out against these actions on our campus and stand in solidarity with one another. In that room, many of my fellow black students spoke out, saying that this place never felt like a home until we found a home in each other. We shouldn’t be the only ones supporting one another. The lack of support from administration, our President Jeffrey Armstrong, and even African American staff members that leave the school within a year of coming here is not sufficient for us.

It is not enough. 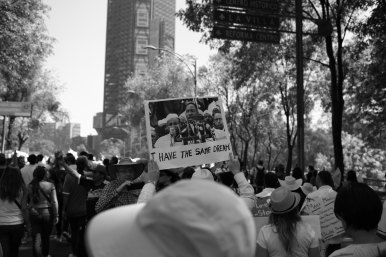 This morning, I participated in a protest with 300 other students from both of Cal Poly and other institutions— including high schoolers— during the first day of our open house weekend when prospective students come to Cal Poly and truly take a look at the campus they might decide to spend the next 4 (maybe 5) years on. We spent several hours marching around campus to let people know that the way we have been treated, that this school is a good one, but it has a lot of problems and we will not be quiet any longer. Last weekend’s incident is one among too many others regarding racism on this campus and we are done with turning the other cheek.

I am one of approximately 166 black students on this campus.

And yet this school doesn’t seem to be making enough progress as a whole to show they care about changing those numbers. We don’t feel safe here, not even when I watched our president go up on stage during Polycultural weekend and tell all the prospective students that he wants us here— that he “supports his people of color.”

Does supporting our people of color include protecting the black student who was walking to an interview only a few hours ago when someone spit at her and threw the n-word in her face? Is this okay to have to hear on a school campus that claims to be better than racism: “Tell you and your n*gger friends to go back to Africa and stop protesting at my school.”

Of the racism, the unequal treatment, the discomfort, the dismissal of hard topics— what about a hard existence on a campus like Cal Poly?

I’ve spent the week trying to figure out how much I wanted to get into the protests and the marches and the rallying against something like this, but I have no choice but to speak up— if we don’t speak up for ourselves, who else will? Because every day I thought I would feel a little better or a little safer and

instead I am just getting angrier and more frustrated with how little power it feels like we have over what happens to us here. Our voices are all we have.

So this is me speaking up, in a way that I believe I need to. I am taking action in my life to change things here at Cal Poly, through Greek Life, BSU, and even being an orientation WOW leader specifically for cultural students.

This reality, lacking color or for many students feeling proud of what we’re doing or where we go, is not okay and I am making steps toward the change I want to see. So what are you going to do?

Cal Poly, what will you do?