A Quick Reminder on Mental Health

Last week I told you all I had a post planned, but I moved it to this week due to some new circumstances… Well it’s next week isn’t it?! So here we go.

We are now in the second week of May, what I like to remember as Mental Health Awareness Month and also Asian/Pacific Islander Heritage Month— today I’m focusing on that first part. This isn’t just for people diagnosed with mental health issues or those who have love ones who are, this is for everyone. Because just as much as a broken leg can hold us back from our routines, a broken mentality can do the same. Just in a different way than one might expect.

If you know me, you would know that I love to people-watch. On a college campus, this becomes 10x more interesting— college students talk about so many things in public that I never imagined I would hear and sometimes, I wonder if I should be hearing at all. But one thing that I’m not surprised to hear far too often? The same answer when someone asks “How are you?”

As long as someone means it when they say “good”, that’s great! But there are a lot of times when someone isn’t good and doesn’t mean it or does need to talk about it, yet this answer comes out automatically instead. I’m not saying to spill everything to the grocery store cashier just trying to get through their shift, but I am saying to be honest with a friend if that’s what you need.

Because that’s the thing; if you’re not good, you’re not good. There’s nothing wrong with that. Even if it’s just waking up on the wrong side of the bed or not really feeling it some days, we get so caught up in our lives or grades or work that we forget to take care of ourselves and really consider our answer when someone asks us how we’re doing. We forget that maybe it matters.

Everyone is different— some people need to talk about things as soon as they go wrong and other people would rather work through it on their own, not needing someone constantly checking in to make sure they’re okay. A lot of times, people are just looking for acknowledgement of their own situation, whether they failed a class or lost a friend; it’s acknowledging other people’s situations as they are regardless whether you can “fix” it or not. There’s a reason there are 7.6 billion people in this world and each and every one of us has a different way of functioning.

That doesn’t mean we can’t help each other function better when we do need the help.

Even though I’ve seen attitudes around mental health change in my short lifetime, there are still a lot of people who worry about the stigma of seeking help because they believe “it’s not even that bad” or “it could be worse.” I mean it could, maybe, but it shouldn’t have to be. If someone has to qualify their own struggle, it’s enough to at least talk about it, right?

Let’s take a look at some of the numbers for college students from January 2016 (USA Today):

One in every 12 U.S. college students makes a suicide plan, according to National Data on Campus Suicide and Depression.

49.5% Students who reported feeling hopeless in the past year.

60.5% Students who reported feeling lonely – a common indicator of depression – in the past year.

Two-thirds of students who are struggling do not seek treatment, according to the American College Health Association Spring 2015 assessment.

Suicide is the No. 2 leading cause of death among those ages 15-34, according to the Center for Disease Control.

Now mental health goes far beyond these statistics and factors, but did you notice that little piece about loneliness? As much as we focus on suicide rates or depression or eating disorders, they all have to start somewhere. For college students, a lot of the time they start with being lonely.

Whether you’re mentally diagnosed with severe depression and can’t get out of bed, a social butterfly, or somewhere in-between, loneliness has a lot to do with how we feel on a day to day basis. It can be in our relationships or how we feel, it doesn’t have to be one thing. But anyone can get hit by a heavy workload, a long to-do list, a day that never seems to end, a week that seems to drag by…

And anyone can feel like they’re up against all of that on their own. It’s important to remember that you’re not, sometimes you just have to let someone else know what you need. Or, for all you autonomous people who want to try this first, you can get out there for yourself and do what you need to do. Just remember, sometimes a willful independence can hold you back too.

At Cal Poly, we have this saying— 25/35— to remind people they should be studying 25 to 35 hours a week. As much as I advocate for it, and probably almost doubled that on a bi-weekly basis freshman year, I also know how easy it is to get caught up and forget to exercise or eat in a timely manner. Or sometimes, you know, breathe.

Mental health is about more than medication or statistics or yoga, it’s about knowing when to take a step back when you’re overwhelmed, when you’re struggling, and doing whatever you need to do to get past that. It’s about taking care of our minds the way we are constantly reminded and taught to take care of our bodies.

Because I have to say, this is a beautiful life and though college isn’t quite the best four years of it, they shouldn’t have to be the worst either. And none of it should be made harder than it needs to be. Mental health is incredibly important for all of us, just like hydrating more or being on our phones less. The point is to be better 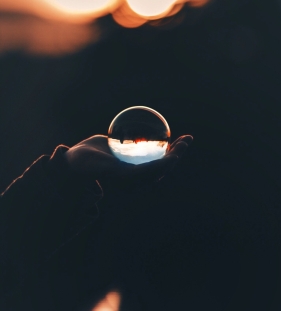 for ourselves on a daily basis, to let us thrive the way we want to. This month is just another reminder and I hope you remember to take care of yourself today.

I think we all deserve at least that, right?

Hotlines are here, I hope you never need them but if you or a loved one does, remember these: Crisis Text Line (Text HOME to 741741 in the US) which is a toll-free, nationwide 24/7 crisis text line. The National Suicide Prevention Lifeline (1-800-273-8255) is a 24/7, toll-free, confidential suicide prevention hotline for suicidal crisis or emotional distress. And, The Trevor Project,(1-866-488-7386) a nationwide organization that provide crisis intervention and suicide prevention services to lesbian, gay, bisexual, transgender and questioning youth.