How to Start Something You Don’t Feel Ready For 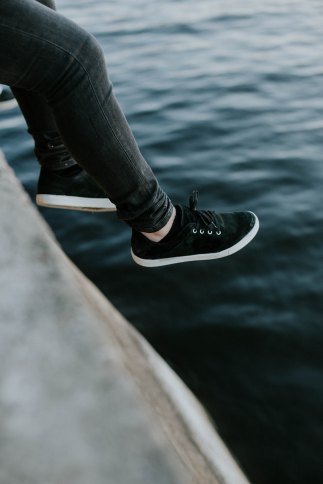 Photo by Nicolas Lobos on Unsplash

There’s really no other way to do it. When you go into something doubting your own capabilities, what you want, what might happen… You have to jump in head first.

That’s what WOW was for me this year.

I’ll be honest, the summer was rough with two summer classes I willingly signed myself up for and a whole lot of work hours, among so much else. There was some fun in there, I promise, just not quite what I wanted to do with myself this summer. And as always, when the days rolled around to when I needed to be heading back here to SLO, I wasn’t ready.

I never am, I hate leaving home— especially because it always means I’m coming back here.

That sounds bad, doesn’t it? Well, I used to mean it.

But I don’t anymore.

You see, the way I started this year was completely different than any other. Part of the issue I’ve had at this school was finding a place to settle down into, whether it’s my major or especially my people; it’s been difficult to say the least. But I committed to WOW last year with the hope that I could find my own space in it and not “settle in” to the year, but throw myself in— there was only one way to do it.

Somehow, when you’re starting something that you don’t know if you can handle, there’s no room for hesitation. There’s plenty of space for stress, doubt, worry, hoping, finger crossing, and trying. But not an inch for hesitation.

Photo by Markus Spiske on Unsplash

CCE is that family.

There are a few things that happened last week that made me question our collective value at this school— when all the CCE students of color get sent to the back of the building just so we can then be told a pre-scheduled event can’t happen for us, it seems a little off. And when a pre-scheduled bowling night somehow gets double booked and all 300+ of us are told to find something else to do, “a little off” is an understatement.

Or at WOW-a-rama, the event where all the WOWies basically meet each other and run around and play icebreakers as a collective whole— ask one of my CCE leaders and her kids what it was like to run through a tunnel of excited and hyped up WOW leaders, only to be called racial slurs by a transfer WOWie.

These things made me question why they would put all the students of color in groups like CCE for Week of Welcome— so they could be subjected to racism and disrespect as a group? Then I thought back to day 1, a day that was never awkward and had my group crying or supporting one another like a family from the very beginning, opening up a sharing personal things because they were comfortable on day 1. 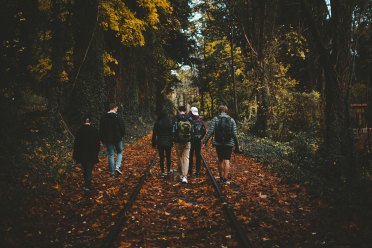 Photo by Anthony Intraversato on Unsplash

Tell my why these kids were so happy to be a part of CCE, despite the people asking why all the “colored kids” are sitting together. Because at least before classes started and they’d then be surrounded by people who didn’t look or feel or hold a perspective like them, they would still have a foundation of family to come back to whenever they needed us.

There’s nothing wrong with white students– it’s almost like white people are being attacked or prejudiced now for simply being white and that is absolutely wrong; I am not holding anything against them. But there’s also nothing wrong with giving the minority students a safe space they know they can fall back into when they need it.

If there is anything this last week held, it was the opportunity for a home in CCE for all of the first years who were part of the program this year, and I am grateful to have been able to help give them that. College is hard after all; it’s the kind of thing 18 year olds are expected to jump into while figuring the rest of their lives out in four years along the way. But just because it’s hard doesn’t mean it isn’t worth it.

Only if it’s done right.

Photo by Katerina Radvanska on Unsplash

This goes for anything— if you’re headed into a new job, sending the last kids off to college, deciding when/where to retire, questioning new relationships, or building back old ones, don’t hesitate.

Dive in head first, do not hesitate. And be ready for whatever comes next.