July 2016 has been a huge month for me, from an upcoming feature on me in the Folsom Telegraph to my book finally being published after 10 months. Big things have been happening left and right, and last week (in the words of DJ Khaled), along came another one.

I have officially been accepted into Cal Poly SLO’s Class of 2020.

Considering that I committed to Howard University in DC back in May, it may seem a bit odd to change my plans less than a month out from the first day of school. But from a sentence in my appeal letter to Cal Poly, “We miss every shot we do not take.” 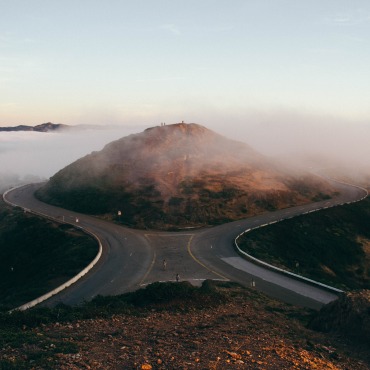 Even though I committed to another school, it was worth a try to get into one that was closer, significantly warmer, and contained one very important person: my brother. So I took that chance and I sent them a letter with the words, “You are my first choice.” Only once I was accepted and reread the words I wrote did I remember that those accepting us into these schools are more than just an acceptance or a denial— these are people. And one thing about people, one thing we all have in common, is that sometimes we just need to hear that we are a first choice. In telling them that, I not only told them that I would do whatever it takes to get into the school, I told them that I am willing to do whatever it takes to stay there. Because that is what a first choice means— whatever it takes.

With this new opportunity in my life also comes new changes, and more importantly, new lessons to learn. If I learned one thing from my appeal, it would not just be to go after something I want or tell someone else they are my first choice. From this, I realized that we are all bigger than that. It is not about making someone else a priority, it’s about making ourselves the first choice. In the end of it all, we are the ones living this life and the decisions we make become the life that we own. So why not become our own priority and not let anyone else tell us otherwise?

Whether it is getting into college, finding a job, or just searching for something you know you deserve, fight for it and earn it. Because that is what makes it mean so much more.

In the past two weeks, I have become a published author and my travel time to college has been cut from a six-hour plane ride across the country to a six-hour drive towards the coast of California. Part of me is still wondering how this all happened in such a short space of time, but I am truly beginning to understand that we work for the things we want. I have reached these new opportunities because I found a way to keep going until I had my hands on that goal I was reaching for in the first place. As Mr. Van Velzer taught us in our freshman roots, carpe diem, and never stop until you do. Because I took that shot, this time I made it— I became my own first choice.