A Year in the Making- 2017 Monthly Moments

Have you ever wondered what it’s like to sum up the past year in less than 1,000 words? Probably not, but I did it for you anyway because 2017 truly had some unforgettable moments in it. From music to mayhem, here are twelve moments you may have missed this year.

Back in January, the Women’s March was only the beginning. Starting with the coalition of female-identified people from DC to California, we saw women really begin to speak out for what they believed in. And did we hear them or what? From there we saw  Wonder Woman (both staring and directed by a woman) come out, the major impact of out Times People of the year, and what became the MeToo movement sparking across the globe. This year was a big one for women to use their voices.

Now I admit, though many people have reminded me of just how much they disagree, I’m not a huge fan of post-Halo Beyonce… That being said, it was a pretty big deal when she released her announcement for the twins via Instagram– she truly set the bar for maternity shoots, even I know that. As the Carter family continues to grow, so will the Beyonce fandom. Team Queen Bey anyone?

If you didn’t see the movie Get Out, in my opinion you missed out. Not only was its take on the horror genre completely different, but it also managed to slip some major issues into the comedic and thrilling plot in under two hours. Plus, but it still has a 99% on Rotten Tomatoes.

As it seems to hold up every year now, there were a whole lot of memes in 2017. From the controversial Pepsi ad starring Kendall Jenner to the “Disloyal Man Walking with His Girlfriend and Looking Amazed at Another Seductive Girl,” there were plenty of ways to keep the internet entertained this year.

Though it’s been a hard year and the Manchester bombing was only a piece of the puzzle, the benefit concert held by Ariana Grande One Love Manchester shed a little light on our ability to do what we can, the good still left in the world around us. Raising over 13 million in twelve hours, I’d say that’s a pretty successful reminder.

With people like Kendrick, Khalid, Kehlani and Kesha all having dropped an album this year, music seems to just keep changing as do the big names in the industry. Nevertheless, whether you like her or not, Taylor Swift’s return to streaming services and the release of her new Reputation this year was huge. But you can’t ask the old Taylor about that, apparently she’s dead.

With the suicide of Linkin Park lead singer Chester Bennington as well as the earlier release of Netflix Original Series 13 Reasons Why, among other things, a greater importance has been placed on mental health this year. Whether someone has a diagnosed issue or not, it is imperative that people prioritize themselves and all aspects of their health every day. 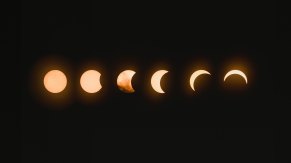 Ah, there’s nothing like a solar eclipse to potentially blind people. But if you did it right, you were able to catch a glimpse of this year’s spectacle without that unfortunate result. In August the Great American Eclipse captured eyes everywhere, and if you were lucky, maybe you got some pretty cool pictures out of it too.

With an onslaught of natural disasters this year, Hurricanes Irma and Harvey among them, we’ve seen a lot of damage in just 12 months. But with these disasters came incredible people who helped send out food, donations for those who lost their houses from fires or other damages, and even a coalition of five past presidents in the One American Appeal. A lot of things came together this year.

I didn’t watch the first season, but if you’re looking for something to Netflix binge, Stranger Things season 2 came out in October. With all the hype I am still hearing about, even I’m tempted to watch it before the new quarter starts.

If you love following royal news, than I’m sure you were thrilled to hear about the engagement of Prince Harry and American television’s Suits actress Meghan Markle. Not only as an American, but also as a bi-racial media figure, Markle is definitely someone to watch as they head towards a May wedding.

And to end it all, let’s talk about at least one of the feel-good moments this year: There’s nothing like the unpredictable friendship between 81 year old Rosalind Guttman and 22 year old aspiring rapper Spencer Sleyon after meeting on Words With Friends. They finally met up in Palm Springs this year and became better friends from there. Talk about an unlikely pairing. 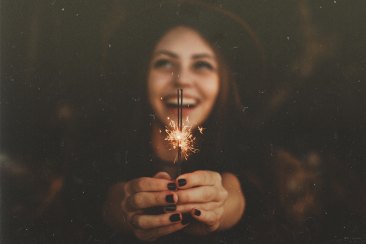 Now I know 2017 held so many more events that had a major impact on how this year played out, but as we head into 2017, try to hold how it’s all shaped who you are today. 2018 can be a blank slate after all. From funny moments to downright blasphemous ones, this year as been a rollercoaster. One that only gas two days left. So as we wrap up these last few days, I want to say thank you for sticking with me on my journey and I hope you all have a fantastic end/beginning to the 2018 🙂 Until next year!