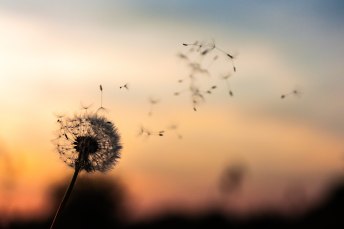 Black History Month Week 4 and today I want to tell to you about something that isn’t quite our history yet— here are some of the people who are in the process of making black history.

If you saw Obama’s tweet this week then you know what I mean when I say that young people truly are making change these days. From artists and activists to businesswomen and basic everyday people with more to give, we’ve got a lot of people to be on the lookout for. Lucky for you, I picked out just a few.

Let’s start with the artists, here is one guy to know the name of: Tsoku Maela. Raised in Cape Town, this young photographer focuses on the idea of mental health and normalizing the stigma of it, especially for black people. Earning the spotlight with his series of Abstract peaces (take a look here), his photos create a “visual diary of a subject at different stages of their depression and anxiety” when it isn’t all just one emotion or one state of being. As an artist, especially a black artist, I think it is important for people like Maela to explore their culture and more importantly, spread how it has influenced their own lives in a way that can change the lives of others— even if that change comes through awareness like it does here. I’m excited to see what he can do in the future and if you want to get to know more about him or who he is and what he does, take a quick peek at his website or his tumblr!

Now for your activists, let’s take a look into the life of Martese Johnson; if you think you’ve heard that name before, you probably have. That’s because he was one of too many caught on video being thrown to the ground in a police misconduct situation back in 2015— he didn’t quite fit the stereotype of a black kid in handcuffs though. As a student on the black alliance board at University of Virginia and an accompanist to Bernie Sanders at several rallies in the wake of the incident, he’s got quite the positive image built up for himself.  Johnson not only is an activist and a voice, but he is a representation of making good in a bad situation even if you have to do it yourself. In the future, he hopes to follow through on projects on African Americans and the media, maybe even running for public office one day. 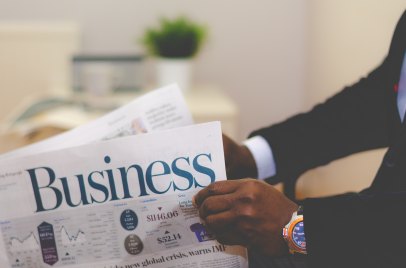 Growing up in times like these, it only makes sense to talk about the business masterminds: Bianca Jeanty & Netta Dobbin. In their mid twenties, these two women have already created a company and kicked it out of the nest to watch it fly. MiMConnect is an “emerging networking platform that creates access to people of color with job opportunities, resources and a nationwide network in the media industry.”

Growing up, I’ve learned the difficulties of entering the professional world as an African American; from hairstyles to unfair treatment, this company aims to combat that struggle in creating their own space and helping other companies diversify theirs in the process. These two ladies have used an incredible amount of business and tech to get them to where they are today— maybe if I’m lucky they can help me find a job after I graduate too!

Last, but never the least, let’s talk about someone we all should know by now: us. We are the people who may not always feel that we’re making a difference, yet somehow, one little thing can become everything. Take someone like Mikaila Ulmer, the business owner at 4 years old— she had to start somewhere and began where every one of us do: with a curiosity and a passion to follow it. How about Moziah “Mo” Bridges who just wanted to dress well and became 15 CEO of Mo’s Bows by age 15— the rest of us want to look good too don’t we? Start there. Or even like one of my favorites, Nathan Zed, your entertainer and every day guy with everyday problems who somehow managed to catch the world’s eye. By being themselves, these three all started small with something they cared about, and ended up on paths towards a cause much bigger than themselves.

Though I’ve only highlighted a few, there are countless people who are going to make a big difference in the world around them and they don’t even know it yet. As Black History Month comes to an end, it’s important

to remember that this celebration goes beyond 28 days. It is a culture. One that we need to pay attention to. Because this world truly is changing and the people who are changing it come from an immense amount of cultures and backgrounds. Soon enough, some of these people will be making new history and I am excited to be a part of it.

I hope you are too.

P.S. My 2 newest articles are up on HerCampus, check them out here and here if you’re interested (the second one is a fun one)! And I’ve got something exciting and new to share with you to finish off this month so be on the lookout for Tuesday 🙂 Happy Friday everyone