Anyway, that was your fun fact for the week and today I am writing about something that isn’t as straight-forward and backwards as a palindrome: Choosing our paths.

Lately I’ve been thinking a lot about my past vs. my future and everything in between. I’ve been out of high school for over a year and after catching up with friends in the short time I have been back home, it’s amazing to me how much some of us have changed. Our mindsets seem a little more practical, the way we act has matured just a bit, and our heads are now set in another direction… We are no longer the scared/excited/lost freshman trying to find our way around campus we had been. We’re growing up.

As we keep moving, we are handed a little more responsibility here and a couple more things to consider there. Going into my sophomore year of college, I’m switching my major— little did I know how difficult and complicated that would be when I first showed up. But I’m switching to a major that doesn’t have the best reliability when it comes to jobs once I graduate, ideally, in the next 3 years. With the way things are going, the issue with jobs doesn’t only apply to me; that seems to be the case for a lot of us.

So we play our cards right, add a minor or score all the right internships we can possibly find along the way to where we want to be in the working world— possibly.

I say possibly because, well the truth is, a lot of us have a pretty good idea of where we want to be in five years. Or at least a rough estimate. Others of us have no idea where we want to be in the next two. Yet once each of us gets there, we will probably be somewhere entirely different. My generation is said to be filled with high achieving students that have even higher aspirations. I know I definitely have some of those high aspirations in mind. But the truth is, as reality sets in, our plans change a little bit and we begin to adapt to the paths that we started on.

Sooner or later we begin to realize what we can or cannot have in this world isn’t always up to us. Sometimes it’s all about circumstance. And we cannot always change those.

But we can change who we are because of them, we can adapt. If we don’t, we either get what we wanted or find out that there are other people willing to do what we weren’t. As they say, such is life.

When I was younger, I had this dream of doing something that I still carry with me in the back of my mind: I wanted to change the world. I used to think it was impossible for one person to do that. Now I’m not so sure.

You know the butterfly effect, where small causes can have larger impacts? Well, that is the embodiment of my dream. Just because I say I want to change the world doesn’t mean I need to impact 7.4 billion people all by myself to do it. All it means is that I need to effect a few people, who in turn impact a couple more, and before you know it, I’ve changed the worlds of enough people for it to matter.

That’s all any of us can ask for.

Now take that idea and apply it to the paths we are choosing— the butterfly effect is still in play. Because if any of us have dreams, a place we see ourselves in 5 years, there are ways to make that happen. Maybe it costs too much to dream that big, but if you save twenty dollars here and thirty there, sooner or later you’re saved enough for rent or a big move to that city you’ve been dreaming of for so long. Or what if you’re not experienced enough to get where you want to go? You’ve got to snag an internship one year, try to network your way into another, and maybe in time you can find yourself in the heart of the goals you hold in your own.

The thing is, the paths we choose and those dreams that many of us have, we can only reach them if we put in the work to get there.

Because, we’re growing up. All of those friends in our lives we consider to be “our people” right now may not be the same ones here later on. And some of those aspirations we think mean so much to us now may not hold as much weight in the long run. If there is any time for our lives to be changing, to be rearranging into something else, this is it.

We may be choosing paths to begin the rest of our lives on, but that doesn’t mean we have to stay on it— there is always another direction take and another opportunity to find as we make our ways to the future we cannot always control. 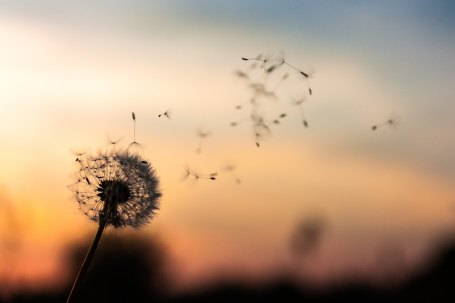 Like I said, it’s not as straight-forward and backwards as a palindrome: life isn’t supposed to be. We’re supposed to get lost a few times, pick ourselves up, and keep going. Because we only get one life to live, and this truly is a beautiful life we’re living.