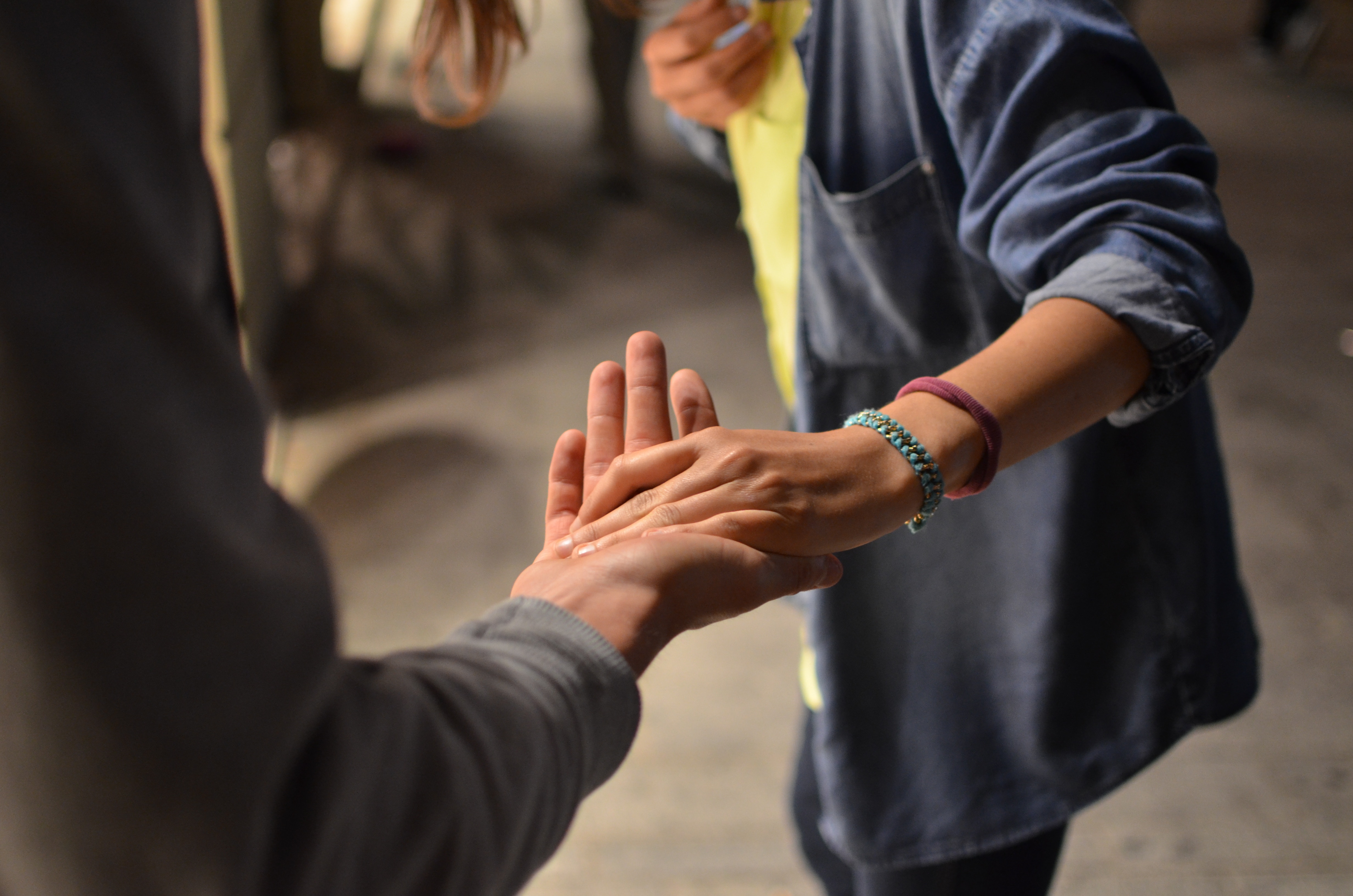 It Takes Two Hands to Clap

If anyone has parents that grew up in a different culture than they did, you’ll probably get what I mean when I say that some phrases really won’t make sense until they’re explained. It’s like my parents saying “wapiece?” when really it’s just a blending of the words “want” and “piece.” Or even “better belly buss than good food waste” or something about the job not being done until the paperwork is finished… Just to name a few, it’ll probably stop you for a minute just to figure it out.

So imagine my reaction when back in the single digits, my brothers and I were fighting in the grocery store over something trivial and my mom hears the “he started it, no she started it” classic. Instead of yelling at us, she spun around in the middle of the aisle and looked each of us dead in the eye, saying “It takes two hands to clap.”

None of us had any idea what she was talking about, so of course we were too confused to keep arguing. Years later though, I find myself using the phrase all the time because essentially, it’s kind of like saying it takes two to tango. Two hands to clap=everyone has a part to play in what happens.

After all, it’s never really just one person or one thing that plays into an outcome, it’s usually a lot of little things. At least two.

Over a decade later now, imagine the look on my face when I’m thinking this as I tell my parents about something I did that week; instead of getting scolded for not putting my schoolwork first, they told me they were proud of me. Not only for putting kindness and selflessness into the world, but also for making my own choices and adjusting around it.

I said that they taught me well.

They told me that it takes more than listening to actually use what is taught and put it into practice. That’s the second hand.

You see, there are a few people in my life that I’ve known since my freshman year here and we’ve each grown together in different ways. But if there’s someone from three years ago that’s still in my life, that definitely says a lot about our relationship. So of course, when something happens and they need help, I will drop everything to make sure whatever needs to be done is done. And I make sure it’s done the way they deserve it to be.

After all, it takes two hands to clap. Some things, we truly cannot do on our own, even if we try our hardest to make it so. Why not offer a hand where we can? Especially if it’s someone or something we care about, it shouldn’t even really be a choice or just something nice of us to do.

It should be automatic.

With that being said, there is still a bit of a caveat to these situations. Just because you are capable of doing something or care to do so, that doesn’t mean we always should. Like my blog post last week (catch it here if you missed it), it’s a question of intention versus impact. If that impact hurts us more, if someone or something isn’t as good for us as we can be for it, we have to recognize that too.

When it takes two hands to clap, they’re supposed to be meeting in the middle. Not 30 vs 70%, not 10 vs 90 %. 50/50 when at all possible, throw a little equity in there depending on circumstance, but you know what I mean. Make sure you’re taking care of yourself too.

There’s a reason most of us will have a short list of people we would take a bullet for. Even while that risk seems to grow on a daily basis, off the top of our heads, there are most likely only a few people on that list. Because there are only so many bullets we can take, and at some point, someone else is going to have to be the one to step in front of us instead of the other way around.

It has to go both ways. Otherwise, we run the risk of being used, abused, and simply tossed to the side. This applies to jobs, relationships, work, even how we treat ourselves.

Don’t be afraid to give where you can without the expectation of anything in return, but a genuine trust that you’ll get it back somehow. Slowly, I’m learning to give myself things that will not just take my effort or my love or my time and use it all, but help me grow or learn or love me back in the process.

I know it’s unrealistic to expect something back from all that we do in this life. But the thing is, we only have one life and so much of ourselves to give within it; there’s not time to waste. Whenever you do give, make sure it’s worth it.

I know that this week, I did.